Drives ... and what to do with them - Dog Training in Milton Ontario 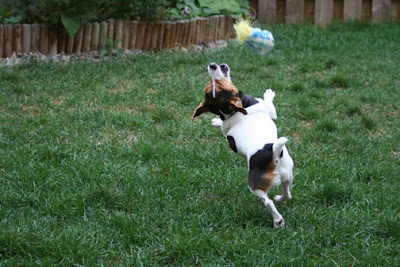 Most dogs have them, a few lack them, but you might as well take advantage of them.

We're not talking Sunday morning outtings in the car with the family, rather, the drives that motivates your dog to work.

Play drive, prey drive, pack drive, food drive etc. are all extremely useful tools to help you train your dog. Some dogs have higher, more intense drives than others, that can be, for the average owner, a bit difficult to control. Your dogs drives are what you can utilize to help them in their training.

If you have a dog that's "nuts for balls or toys", then you might want to think about utilizing that as a reward for a job well done, rather than a cookie or a pat. That being said, it is key first to work on gaining control of these drives before entering them into your training routine, especially for those dogs with intense toy/prey drives (see pictures in post for examples of intense toy drives). 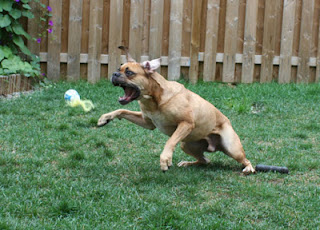 Tug toys are an excellent tool for training dogs with prey/toy/play drives. First thing is first, if you are utilizing a toy as a reward, you need to first teach a "give" or an "out" so that you can maintain control during the reward and training.

The easiest way to teach an "out/give" is to trade up. As you say the command, trade the dog for something else that's really high value. If you work through this properly, you'll end up with a dog that enjoys giving you things, rather than thinks your taking the fun away.

Once you've got the "give" down pat, you can add in a tug as a reward for a job well done. Tugs are great because you maintain a hold on them, that way the dog never takes off to go play (ie. when using a ball or another such toss/fetch toy), rather he stays with you to play the game, offering you more control.

If you've got a highly food motivated dog, take advantage of that by utilizing treat rewards when teaching. In the beginning stages of training (while teaching), dogs should be rewarded fairly frequently. Once you see your dog start to understand what you are asking, you can start to remove the reward for every single instance of obedience and only reward the really good performances. Keep 'em guessing though. It's great to intermitently reward because it builds up the drives even more, and keeps the dog on his toes because he never knows when that reward is coming.

If you have one of those dogs that just enjoys being with you and having attention paid to him (pack drive), you can utilize this in training by rewarding with praise and affection. Not all dogs are motivated by treats and toys, and you need to learn what works for them in order to help the dog learn.

So, experiment with your dog to find out what motivates him or her and take advantage of that while training.

Give Your Dog the Whole Picture - Dog Trainer in Milton 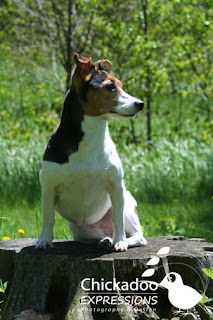 We, at Smart Dogs Canine Training, take the balanced approach to training. For us, meaning that we don't utilize positive only or correction only training, rather a combination of the two.

And there is a reason for this. Dogs learn, as do people, from both positive and negative consequences. If you are only providing feedback from one of the above, you are not providing the student, in this case, the dog, with the full picture.

Of course, we take steps to teach the dogs in a positive manner before corrections are added, but at the point when we are sure the dog understands what we are asking, corrections are added for not responding properly to a command. This ensures that you have a dog that knows you mean what you say. Dogs know when you don't mean it - and they will work that to their advantage.

Remember when training your own dog to give them the full picture, rather than a partial snap shot, and you will end up with a more reliable, well behaved companion.

For more in depth detail on how we train, why not check out one of our classes and see the results for yourself.

Baby steps for lazy bullies, but this one is a natural retirever. Natural retirevers make lovely dogs to train, but we don't want to over-do it with a young pup. First step, basic obedeince, next step, let's see what she can do (fingers crossed for agility, but she's a pretty heavy girl), for now, baby steps for puppies.

Got the Agility Bug? Dog Training in Milton 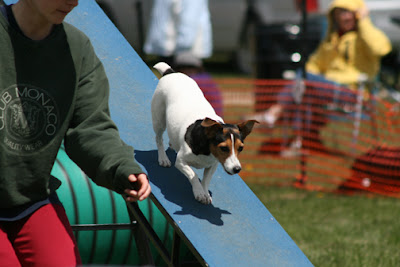 Agility is an awesome dog sport! It's a fantastic way to strengthen the bond with your dog, release excess energy and gain more control. It's a beautiful thing to see handler and dog working in perfect harmony on a difficult run. Even if you are not interested in competing, it's a wonderful hobby to take up.

We are now offering some equipment for sale for those who would like to practice at home. Affordable agility equipment to suit small spaces and backyards. Please see the link below to check out what we have to offer our clients:

Of course, we also offer our Smart Dogs Fun Agility Class, so that you and your canine pal can learn and become confortable with the sport of dog agility. It's a course for beginners - for fun and for those looking more seriously into the sport. New courses starting soon!!

If you are interested in purchasing equipment or want to sign up for our next Fun Agility Session, please contact dogtraining101@hotmail.com or visit the website for more details www.smartdogsk9.com
Posted by J.Deans at 12:13 PM No comments:

How to Fit a Prong Collar - Dog Training in Milton 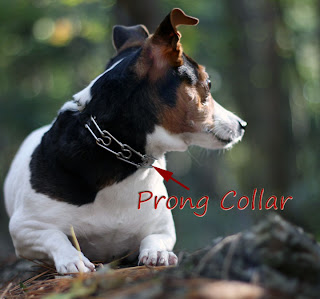 I will start off by saying that a prong collar is an excellent training tool if used and fitted correctly. Any tool, no matter what the type, can be harmful to your dog if not utilized correctly. If you are unsure how to use a training tool, please seek the advice of a professional before "experimenting" on your dog.

Prong collars are an often misunderstood training tool, but are one of the best out there to help gain control back on your dog, especially on walks. Over all, they are a safer and more effective alternative to choke chains, head halters and no-pull harnesses when used correctly. Prong collars are training collars ONLY and are NEVER to be left on a dog unattended.

A prong collar should not be worn like a necklace. In other words, the prong collar should not be hanging around your dogs shoulder while in use. This is liable to cause damage to your dog wearing it this way and it will not work the way it is meant to. The prong should fit snuggly at the top of the neck, just below the jaw of your dog. You will find that some dogs aren't quite built to have the collar riding right up under the jaw, and my recommendation is, if you have to struggle to put the collar on and you feel it's too tight, add an extra prong. This may be the case in dogs with a lot of extra skin or a lot of extra fur. Just ensure that it isn't too loose and flopping around or riding down on the neck. It should stay in place when fit correctly, even if you have to add an extra prong for an inbetween size dog.

Prong collars have removeable pieces (prongs). In order to put on and remove the collar, the prongs are squeezed at the top (the bend in the prongs) and compressed so that they slip out from the loops in the prong to which they are attached. Once appart, you simply place the collar around the dogs neck, and reattached the prongs together (once again, squeeze where the bend is, and insert the prong into the other on the collar). Adding and removing links is done in the same way.

Don't get a collar that is too large for your dog. Prongs come in small, medium and large with removeable links. It's always better to err on the side of small for your dog, rather than going with one that is too big and cumbersome. You can always buy extra links if the length is not the correct size.

The below article from the Leerburg Website www.leerburg.com, is an excellent illustrative piece on how to fit and properly use the prong collar.

If you have any questions about this, or any other tool, please feel free to contact us and we would be happy to speak to you about training tools for your dog - dogtraining101@hotmail.com.

Run your dog through all the paces, learn to maintain control, leadership and obedience in real life situations. We will be emphasizing control on leash, in stays and distance recalls. Dress appropriately for the weather and be prepared to be active because we'll put you through your paces too!

Equipment required: 15-20 foot long line (can be purchased through any of the pet stores in town), 6 foot leash and a training collar - no flats or harnesses. Bags, treats and some patience.

On going throughout the year at different locations each week. To secure a spot and save some money, please sign up in advance. Ask us for location when dropping in. Drop in rate is $25.00 - you must pay that day before taking the class. New Sessions starting in April 2012!!!

Please note, if we deem your dog too aggressive, you will be asked to muzzle him or her for others safety.


If you have any questions about our classes please do not hesitate to contact us at
dogtraining101@hotmail.com Start your dog off on the right foot with Smart Dogs Canine Training!

Our Smart Dogs Basic obedience class will be starting March 25th, and runs for 7 weeks. Sunday mornings from 10:30-11:30am.

Your dog will learn all of the basics - sit, down, stand, stay, recall, walk nice, leave it.

And please don't hesitate to contact us if you have any questions. We also offer private training, problem solving, agility, fitness and bootcamp classes. 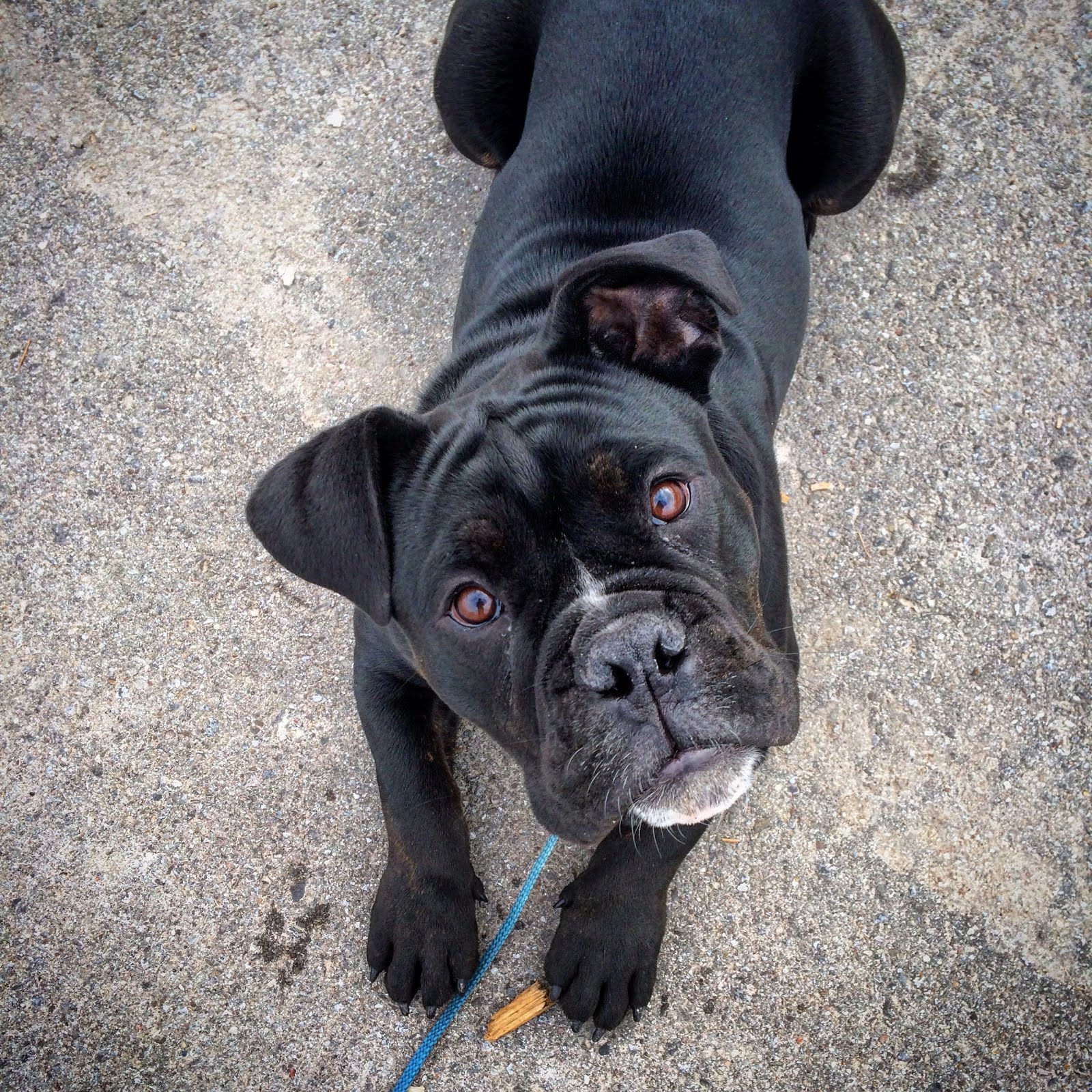 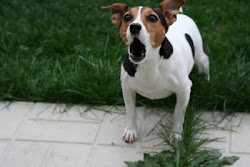 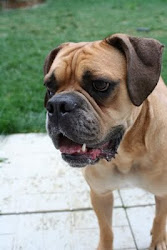 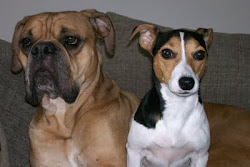